ACTING WITH AN ACCENT–Mid-West Farm Belt

The download to Learn the Mid-West Accent of the American Farm Belt contains fifty-nine (59) minutes of systematic instruction in MP3 sound files. You’ll also get a printable PDF of the instruction manual. It contains summaries of the audio lessons and full transcripts of the drill words, phrases, and passages.

You will learn a general “Mid-West” American accent, heard in a very large section of the country often called the “Farm Belt.” The pattern is not identical in every part of this region, so we are going to deal with different intensities of a general Farm-Belt sound. This should suffice for characters native to the area from Ohio to Colorado and Nebraska to Kansas and central Missouri. Here’s a brief summary of the training.

MORE ABOUT THE FARM-BELT ACCENT

Many actors (and others) confuse or are not clear about the differences between “Farm-Belt” and “American Southern” accents. Some of the vowels are similar. In addition, the voice placement of this region is similar to that of some Southern sub-regions. The general impression of this accent is relatively constant throughout the region, with greater intensities occurring in rural than in more urban areas. You may sometimes be asked by a director or casting director for an accent that’s “rural, but not Southern.” In such cases, this mid-West sound would likely fill the bill. Therefore, it’s important that you know and master the differences between “Southern” and “Mid-West” patterns. There is an overview of these differences early in this program and many differentiation drills throughout the lessons. 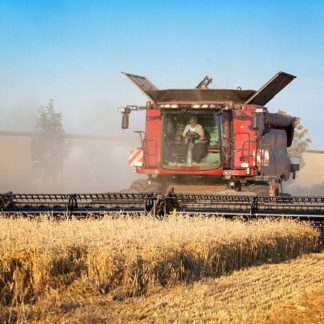