The download to learn an Australian Accent contains sixty-four (64) minutes of systematic instruction in MP3 sound files. You’ll also get a printable PDF of the instruction manual. It contains summaries of the audio lessons and full transcripts of the drill words, phrases, and passages.

AUSTRALIAN ACCENT: WHAT WILL YOU LEARN?

You’ll first learn a general Australian accent. You’ll then learn to modify it to create three different styles or levels of intensity.

CLICK TO learn about private SKYPE or ZOOM lessons with D.A. Stern.

MORE ABOUT THE AUSTRALIAN ACCENT

There’s no mystery about why Australian and Cockney accents have so many similarities, especially in the pronunciation of vowels. With its history as a British penal colony, a fair percentage or Australia’s first English speakers were Londoners. I sometimes joke that the Aussie accent resembles “Cockney through the nose.” That’s not totally accurate. The accent does have an “assimilated nasality” with nasal consonants spilling over some to their adjacent vowels. But most of Aussie speech’s “twangy” resonance doesn’t come from actual spill of sound through the nose. Rather, it’s caused by what I a “velar resonance,” with the sound bouncing off the soft palate before exiting the mouth.

There used to be a joke about the American perception of this accent. A few decades ago, Americans thought Australians were English when hearing them speak. Now, it’s the other way around.” Yes, most of today’s English speakers are at least somewhat familiar with the sound of Australian speech. This increasing awareness perhaps began with the movie Crocodile Dundee and the Aussie-travel promotions done by its star, Paul Hogan. Since then, the late Steve Irwin’s TV show, The Crocodile Hunter, gave the accent additional worldwide exposure. Nowadays, most Aussie-born film and TV personalities speak their “native tongue” when interviewed. Among them are Rachel Ward, Russell Crowe, and Nicole Kidman. In addition, most are familiar with the native speech of Hugh Jackman, Toni Collette, and Bryan Brown. Some films that increased awareness of the accent were The Year of Living Dangerously and Gallipoli. 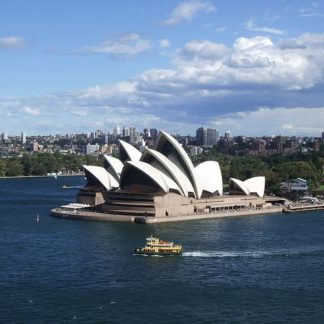 You're viewing: ACTING WITH AN ACCENT–Australian $15.95
Add to cart
Dialect Accent Specialists