The download to Learn a Chicago Accent contains fifty-eight (58) minutes of systematic instruction in MP3 sound files. You’ll also get a printable PDF of the instruction manual. It contains summaries of the audio lessons and full transcripts of the drill words, phrases, and passages.

You will begin by learning the general Chicago accent. You’ll then go on to explore several varieties and intensities of the speech pattern. This accent is also very similar to speech patterns heard in Detroit, Buffalo, and other Great Lakes regions. Here’s a brief summary of the training.

MORE ABOUT THE CHICAGO ACCENT

Chicago speech is not as readily recognized by other English-language speakers as the accents of NYC and the American South. But this accent has come more into the public eye (or ear) in recent decades. Perhaps the popularity of SNL’s “Bill Swerski’s Super Fans” skits in the 1990s aided this awareness. This very heavy, ethnic, and easily stereotyped version of the accent no longer characterizes most Chicago speakers. But less intense versions of its voice placement and characteristic vowels still exist widely in Chicago and other Great Lakes areas. 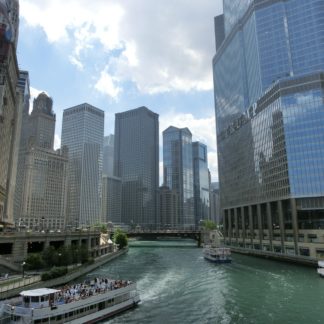 You're viewing: ACTING WITH AN ACCENT–Chicago $15.95
Add to cart
Dialect Accent Specialists