A special edition of Acting with an Accent teaching Non-Regional American’s resonance (placement), intonation, and pronunciation to those with English and related accents.

This special edition of Acting with an Accent is designed specifically for actors from England and some Commonwealth countries who wish to learn the standard or non-regional American accent.

The download contains eighty (80) minutes of systematic instruction in MP3 sound files. You’ll also get a printable PDF of the instruction manual. It contains summaries of the audio lessons and full transcripts of the drill words, phrases, and passages.

IS THERE ONE STANDARD (NON-REGIONAL) AMERICAN ACCENT?

I define the “Non-Regional American Accent” as oral English that identifies its speakers as native-born Americans. But, at the same time, it does not give most listeners clues that speakers are from specific cities or regions. I don’t believe, however, that there is one absolute standard for “a correct non-regional accent.” Some vowel pronunciations can vary a bit without creating the impression of an accent change. 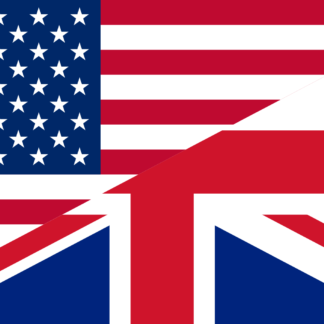