ACTING WITH AN ACCENT–North of England

The audio download to learn a North-of-England Accent contains fifty-seven (57) minutes of systematic instruction in MP3 sound files. You’ll also get a printable PDF of the instruction manual. It contains summaries of the audio lessons and full transcripts of the drill words, phrases, and passages.

You will learn the general North-of-England accent as it sounds in many parts of Yorkshire and Lancashire. You’ll still hear some folks refer to it as the “North Country” accent. This audio also briefly shows the differences between this and the Liverpool (aka “Scouse” or “Merseyside”) accent.

MORE ABOUT THE NORTH-OF-ENGLAND ACCENT

For years, most people outside the UK wouldn’t have had a clue that this accent was native to England. But some started noticing it in the late 1960s when Harold Wilson, with his Yorkshire accent, became Prime Minister. Similarly, the Manchester accent got international exposure in the 1970s and later. This was due to the broad syndication of Granada TV’s soap opera Coronation Street. Of course, there was one obvious example of Northern accent widely heard outside England in the ’60s. It was the Liverpool speech of the Beatles and other Merseyside bands of the “British Invasion.” However, Liverpool’s sound is distinctly different than most other Northern accents. In addition, many consider the Beatles’ pattern to have been more specialized than the typical Liverpool accent. 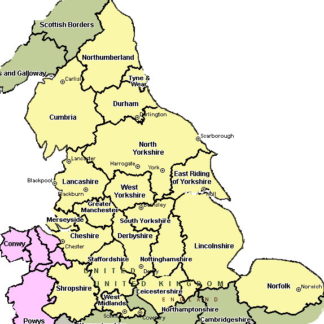 You're viewing: ACTING WITH AN ACCENT–North of England $15.95
Add to cart
Dialect Accent Specialists