ACTING WITH AN ACCENT–English Received (RP)

This download to learn the English RP accent contains eighty (80) minutes of systematic instruction in MP3 sound files. You’ll also get a printable PDF of the instruction manual. It contains summaries of the audio lessons and full transcripts of the drill words, phrases, and passages.

English RP Accent: What Will You Learn?

You will learn the accent called English RP (Received Pronunciation). Some call it the Posh Accent. It’s also called Standard, King’s/Queen’s, or BBC English. Here’s a brief summary of what you’ll work on.

CLICK TO learn about private SKYPE or ZOOM lessons with D.A. Stern.

More About the RP Accent

This is the accent that Henry Higgins taught Eliza Doolittle in Pygmalion / My Fair Lady. Some used to call it “Standard British.” But, it was never a native accent to any region of England. You might say it was “made up” in the late 1800s and early 1900s as the “acceptable accent” of the upper class and the upwardly mobile. Thus, many students often “received” or learned it in school throughout the decades. But now, regional and less-posh accents have become more acceptable in most UK professions. As such, there are very few RP speakers in England today—as little as 3% of the population.

This accent, however, is still used (and even required) in today’s English-speaking theatre, film, and television. 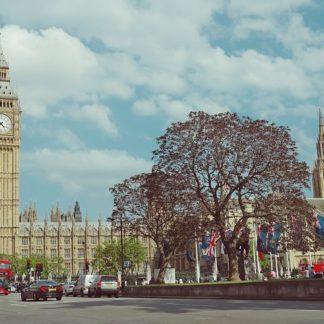