ACTING WITH AN ACCENT–New York City

The download to Learn the New York Accent contains seventy-nine (79) minutes of systematic instruction in MP3 sound files. You’ll also get a printable PDF of the instruction manual. It contains summaries of the audio lessons and full transcripts of the drill words, phrases, and passages.

WHAT WILL YOU LEARN IN THE
NEW YORK ACCENT PROGRAM?

You will learn the general New York City accent, recognizable by most North American English speakers. This accent comes in many styles and intensities (including Brooklyn and Bronx styles). But there are strong similarities throughout NYC and surrounding parts of New York State, New Jersey, and Connecticut. Here’s a brief summary of the training.

MORE ABOUT THE NYC ACCENT

Many people erroneously describe heavy New York accents as having sloppy diction or being under-articulated. Actually, the opposite of that is true: this accent is over-articulated. The lower lip and jaw work and push harder than required for most other American accents. New York’s characteristic low-front voice placement also comes from these mouth movements and postures. You’ll hear this speech style not only in the five boroughs of NYC, but also farther out on Long Island and in Westchester County, NY. It also crosses state lines and occurs in and around Jersey City and Newark and in southwestern Connecticut. 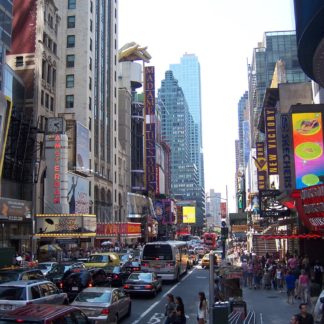