Learn a French Accent with this program in David Alan Stern’s Acting with an Accent series | placement, inflections & pronunciation for several types and intensities of the accent

The download to Learn French Accent contains sixty-two (62) minutes of systematic instruction in MP3 sound files. You’ll also get a printable PDF of the instruction manual. It contains summaries of the audio lessons and full transcripts of the drill words, phrases, and passages.

You will first learn the resonance (placement), inflection/rhythm, and pronunciation of a general French accent. Then, you’ll go on to learn several styles and intensities of the speech pattern. Here’s a brief summary of the training.

MORE ABOUT THE FRENCH ACCENT

The French language and its accent on English vary noticeably with different places of origin. The French-Canadian (Québécois) accent has a much more intense nasal resonance and a more staccato rhythm than European-French patterns. Accents of the French language have often been stereotyped in Vaudeville skits, cartoons, films, and stand-up comedy. (Think Inspector Jacques Clouseau of The Pink Panther films and the cartoon skunk Pepé le Pew.) In addition to its distinctive near-nasal resonance, French usually places the stress or accent on the final syllable of multi-syllabic words. Stereotyped accents often grow from exaggerating both traits. Some go as far as imposing that stress pattern on a short series of one-syllable words, e.g., “I can ‘SEE / what you ‘MEAN.” Such exaggeration could clearly wreak havoc with the truth of a real character in actual human circumstances. 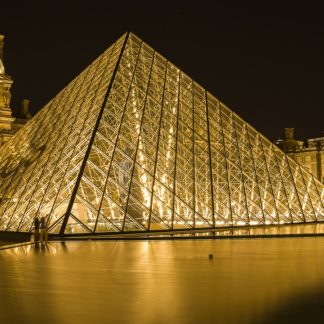 You're viewing: ACTING WITH AN ACCENT–French $15.95
Add to cart
Dialect Accent Specialists