The download to learn Russian Accent contains sixty-five (65) minutes of systematic instruction in MP3 sound files. You’ll also get a printable PDF of the instruction manual. It contains summaries of the audio lessons and full transcripts of the drill words, phrases, and passages.

You will learn the resonance (placement), inflection/rhythm, and pronunciation of several degrees of intensity of the Russian accent. Here’s a brief summary of the training.

MORE ABOUT THE RUSSIAN ACCENT

The Russian accent requires more aggressive movement of the rear tongue than is typical for most English speakers. This trait not only contributes to its resonance, or voice focus, but also helps actors produce its unique vowel pronunciations.

Exaggerated Russian accents have been used to reinforce cold-war Soviet stereotypes. (Think the animated Boris Badenov and Natasha Fatale from Rocky and His Friends and The Bullwinkle Show.) Though these are perhaps not as common as German stereotypes, actors must take care to avoid one-dimensional characters. You must keep available a full range of personality and behavioral options for characters’ given circumstances regardless of language origins. 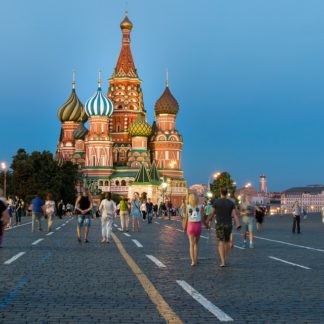 You're viewing: ACTING WITH AN ACCENT–Russian $15.95
Add to cart
Dialect Accent Specialists