The download to Learn German Accent contains sixty-one (61) minutes of systematic instruction in MP3 sound files. You’ll also get a printable PDF of the instruction manual. It contains summaries of the audio lessons and full transcripts of the drill words, phrases, and passages.

You will first learn the resonance (placement), inflection/rhythm, and pronunciation of a general German accent. You’ll go on to learn different styles and intensities of the sound. Here’s a brief summary of the training.

MORE ABOUT THE GERMAN ACCENT

Many actors mistakenly believe that the German language and accent are very guttural, or throaty. This is a false perception that often interferes with the process of learning this speech pattern. True, the German R is produced between the rear tongue and soft palate—much closer to the throat than the R’s of English and Romance languages other than French. The German H sometimes has this placement as well. But the general resonance, or voice focus, of most German speech is actually frontal. The beginning of the audio program focuses on this element.

Over the years, many actors and comedians have used exaggerated versions of the German accent to generate aggressive militaristic stereotypes. (Think the German characters in the TV series Hogan’s Heroes.) Such stereotyping is no doubt rooted in sad elements of the country’s political and military history. But you should typically not use the kinds of accents that limit character choices and intentions. A full range of personality and behavioral options must be available for characters’ given circumstances regardless of language origins. 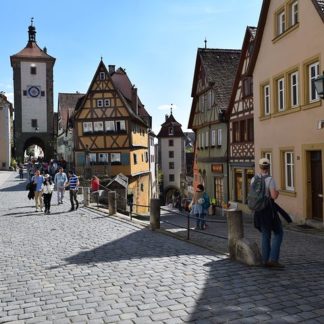 You're viewing: ACTING WITH AN ACCENT–German $15.95
Add to cart
Dialect Accent Specialists